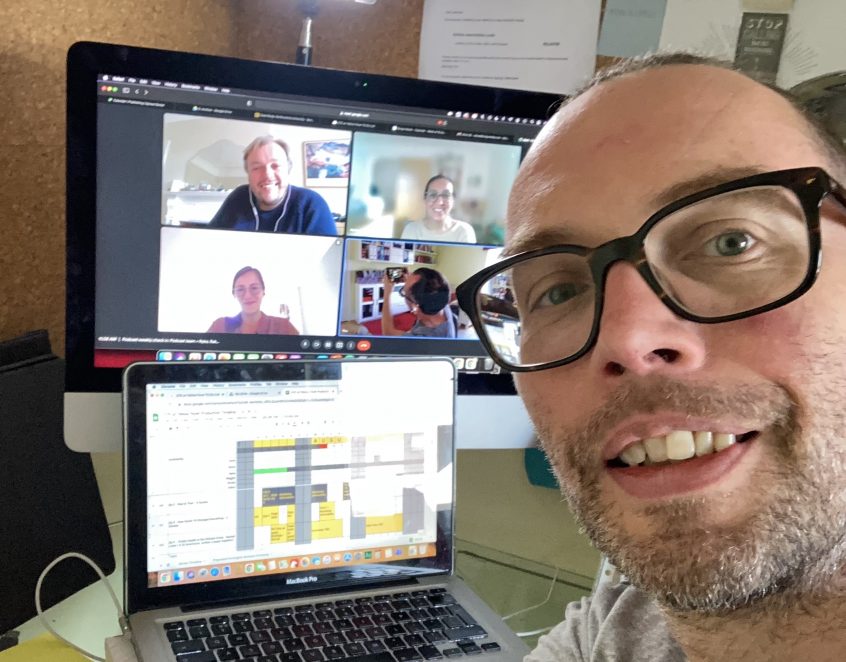 As a podcast producer, it’s always exciting to get a blank sheet of paper at the start of a project.

Well, in all honesty, no one starts with a blank sheet of paper. Something always drives you to pursue an idea, whether you are a business or an individual.

But the chance to dream up a ten-part series – both content and sound – is a great project to have.

That was the task set for Bengo Media by the World Health Organization-led partnership, Eliminate Yellow Fever Epidemics.

Yellow Fever is one of the world’s most deadly diseases and is seeing a resurgence. Eliminate Yellow Fever Epidemics is looking to do just that. It’s setting out to vaccinate up to a billion people across the world by 2026.

Enter the podcast, which sets out to raise awareness of the partnership and the work that it does.

Back at the blank sheet of paper stage, we put together a creative brief that outlined a style and sound concept for the series and for each episode. It included recommendations on presentation, name and visual design. It also included a fleshed-out content plan, production workflow and release strategy.

After getting the green light, we started planning ‘EYE on Yellow Fever‘ back in May.

The first episode was released in July and this month we’ve released the final episode in the series.

A year full of “full productions”

EYE On Yellow Fever was one of a number of “full productions” we did in 2021. This means, to varying degrees, we pick up everything from guest fixing, to scriptwriting and onto recording and editing.

Often we team up with a PR company to become the podcast producer for a client. We’ve been incredibly lucky to work with The PHA Group in this way for three years.

In 2021, we recorded a third series of The Petcast – a podcast for pet owners – for Blue Cross via PHA. We talked about pigs with Penny Lancaster, cats with JB Gill, and dachshunds with our host Emma Barton’s former Strictly partner, Anton du Beke.

We also created a podcast all about bereavement called Grief Kind for PHA’s client, Sue Ryder. Journalist Clover Stroud spoke to celebrities who had experienced grief first-hand. The aim was to help the friends and loved ones of people experiencing bereavement to know what to do, what to say, and how to help. We started with an honest and heartbreaking interview with Emmerdale’s Lisa Riley.

One of the PR collaborations we’re most proud of is Truth Be Told. It’s a National Adoption Service podcast, produced via its PR agency, Cowshed. Recorded in both English and Welsh, it features the full, frank and at times funny conversations of a group of adoptive parents. As the podcast producer, we were delighted to see Truth Be Told pick up a gold award at this year’s PRCA PRide Cymru awards.

Being a Welsh company, creating podcasts for people in Wales is important to us. And for one such podcast, we actually doubled up as both producers and also target audience.

So we dreamt up Baby Steps Into Welsh and lined up some famous mums and dads who had done just that. Presenter Nia Parry also spoke to childhood linguistics experts to get their take on some frequently asked questions.