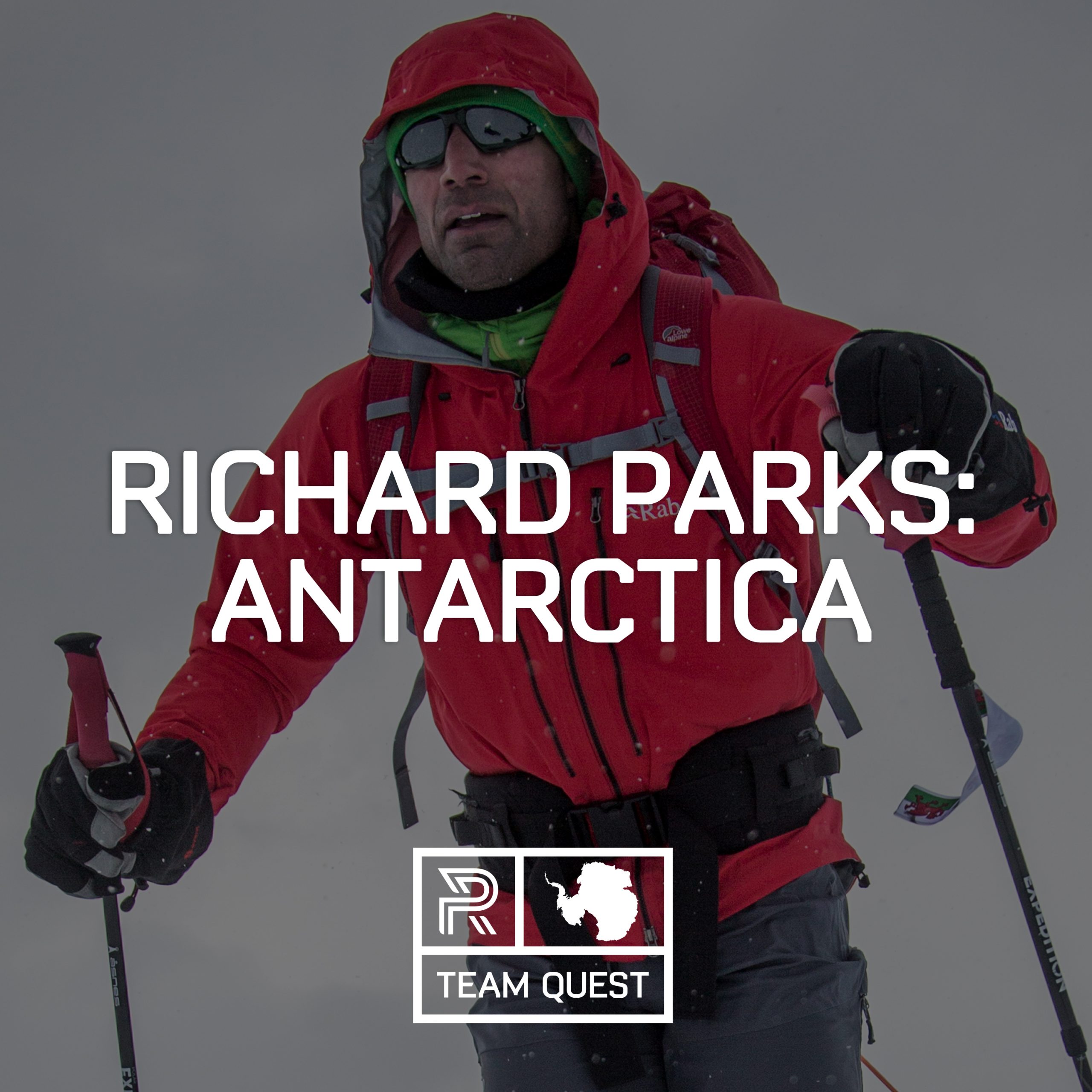 Anchored in Wales and powered by expertise from across Great Britain, ‘Team Quest’ is a collective of organisations and individuals motivated by human progress.

Their first collaborative project centred around extreme athlete Richard Parks’ attempt to ski solo, unsupported and unassisted from the coast of Antarctica to the south pole. The project had two aims, the first; to support Richard in skiing one of the toughest polar expeditions on the planet as fast as possible. The second; in doing so, provide learning opportunities for both young people and business leaders, using adventure to inspire them to think beyond boundaries.

Just a few short weeks before  the expedition was to start, Richard asked us to produce a podcast series that would bring the journey to life in real time, as it unfolded.

In the latest podcast episode of Richard Parks: Antarctica ???????? Richard & his team reflect on the decision to end his expedition: https://t.co/VR57B0wURL #TeamQuest #Antarctica pic.twitter.com/ZhEXhksmj0

“It was an absolutely pleasure to work with Bengo Media. Circumstances dictated that we had very little development time for the podcast, meaning that they had to be so agile and fluid in how they pulled together all of the threads to make it happen. Naturally it was such a stressful and highly pressured time for me, but they really went beyond everyone’s expectations to make it work.

When we sat down to discuss the project, it became clear that Bengo Media already had a relationship with the sports broadcasting students at Cardiff Metropolitan University, who are one of the partners on Team Quest. As a result, they did an amazing job of bringing the students into the production and making them a key part of its creation, which is more than we could have hoped for.

The end product – an eleven-episode podcast series – was really impactful, and the feedback that I’ve had to date has been really good. The partner organisations within Team Quest have been able to use it to engage people from within their businesses, and the schools involved have fed back positively too. I feel like the final output really met the objective of accessible to anyone from 10 years old to 80 years old; to people who have previous knowledge of arctic expeditions, as well as people who are completely new to this world.

This was my first time working with the podcast format and I’d like to use the medium again, whether that’s a one-off podcast around a specific event, or another series for another expedition. It goes without saying that I would work with Bengo Media again.”