Blurrt Out The Vote – the podcast which analyses what social media is doing during the 2017 General Election – returns for episode 2. You can listen using the player at the bottom of this page. 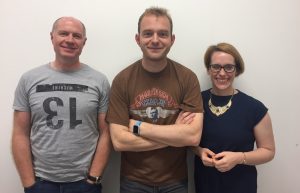 On the agenda, Twitter’s love fest with the policies in Labour’s heavily leaked manifesto – and what that has done for the party and Jeremy Corbyn.

Also, when Theresa May did a Facebook Live Q&A with Robert Peston, angry emoticons flowed across the screen. Blurrt’s analysis found that this was replicated on Twitter, although there was some love and happiness too. 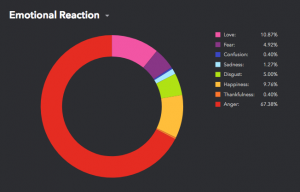 Social media brought little good news for either UKIP leader Paul Nuttall after he appeared to walk on the spot in a party election broadcast, nor Lib Dem leader Tim Farron, who will have to fight off a fish finger to keep his seat in Cumbria.

Blurrt Out The Vote is published every week during the election campaign on Apple Podcasts, Stitcher, TuneIn, and the other main podcast platforms. You can also listen on this page in the link below and find out about the series here. Blurrt’s election hub is available on their website, blurrt.co.uk and you can find out more about the company’s political work here.

To find out how Bengo Media could help create a podcast for your business, email us at hello@bengomedia.com