People talk about 2016 like it was the end of days. But if I were last year, I’d be talking to my lawyers right now, because it doesn’t have a patch on 2017. I’ve lost count of how many times my stomach has turned this year: the thought of civil rights being rolled back in America; the sheer man-made horror of Grenfell Tower; terrorism back in the UK big-time; and now, this week, a nuclear-fuelled standoff between the US and North Korea. My appetite for consuming the news is somewhat waning.

If, like me, you’re looking for some escapism, here are four great podcasts guaranteed to lift your mood and forget the world for a while. 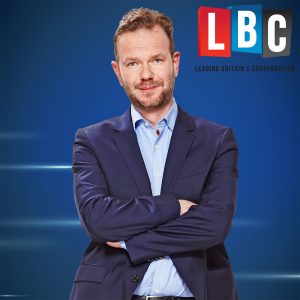 is omnipresent at the moment. The talk show presenter is marking himself out as a bit of a liberal lion, whose LBC show is a thorn in the side of right-wing politicians and press alike. Therefore this seems like an odd place to start on the quest for happy podcasts.

However, there is an hour a week of James’ show that is fenced off – sacred almost – in its intention to get away from the day’s news agenda. Mystery Hour is a phone-in dedicated to solving mysteries. Not murder mysteries or conspiracy theory mysteries. But the most mundane mysteries like:

How is it that we hold our pee until we can see the toilet bowl?

Why do you throw salt over your shoulder for luck?

and, Why don’t dolphins get the bends?

You ask the question, and either James or his listeners will answer it.

However, the bar is high. If the question is deemed boring, pointless, or has been asked and answered before, you’ll be treated with the ire normally reserved for right-wing nut jobs (albeit with tongue firmly in cheek). Meanwhile, in order to get a much coveted, canned round of applause, you must state your qualifications for answering the question – “I googled it” really does not cut the mustard. At the start of each episode, James promises that you will almost certainly learn something new and there will be at least one belly laugh every week. The show delivers on both counts. 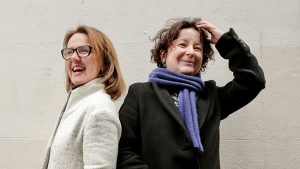 There are plenty of belly laughs in the BBC’s new bespoke podcast of the best of its radio shows. Now, admittedly, I’m a little smitten with Fortunately‘s two presenters, Jane Garvey and Fi Glover. They were my era of 5Live presenters, when listening to the BBC’s news and sport network was not only essential for my job (as a junior researcher in the BBC Wales newsroom) but also a real joy. Jane was brilliant at keeping the acerbic Peter Allen in line on 5Live Drive. Fi was essential listening both late at night and afterwards in the slightly more civil mid-morning slot.

Before long, both headed off to join the grown-ups on Radio 4. But this podcast allows them to let their hair down and embody that cheeky, intelligent but fun spirit that 5Live had in its heyday. Check out the episode with Jeremy Vine to see what I mean.

Fortunately is a bit like Radio 4’s Pick of the Week. That is if Pick of the Week was presented by two of your best friends over a glass of wine (it’s actually recorded in the BBC cafe so no wine is actually imbibed, but roll with me here). Imagine Pick of the Week without a script and with little reference to the audio clips it plays, other than to fuel a wondrously ponderous conversation. So, actually, it’s nothing like Pick of the Week at all. But oh my god, it’s brilliant. 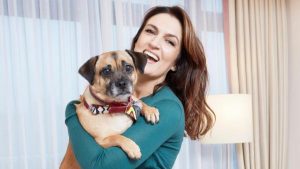 Emily Dean, Presenter of The Times’ Walking the Dog podcast

He earns £1.7 million a year for presenting Match of the Day, so you’d expect Gary Lineker to have someone to walk his dog for him – and certainly to clean up the poo. But, no; residents living around southwest London are used to seeing England’s greatest living centre-forward take his Yellow Labrador for a walk around the local park, poo-bags in hand. And it’s just as well, because it seems Snoop (dog, geddit?) isn’t fazed by the presence of a microphone when doing his business, thus leaving his very famous owner clearing up one almighty bowel movement.

You’ll be pleased to know Walking The Dog is not predominantly a podcast about dog-mess. Instead, it’s a lovely, simple and effective interview format where host Emily Dean interviews people about their lives while taking their dogs out for a stroll. It’s effective because the point of a good interview format is to make the interviewee relax and feel comfortable sharing. And here Gary shares a lot about his childhood, home-life, even the end of his second marriage. In fact, the only thing Emily fails to get out of him is how he voted in the 2017 Election: which probably disappointed the Daily Mail more than it disappointed me.

4) Looking Back On A Life That Didn’t Happen 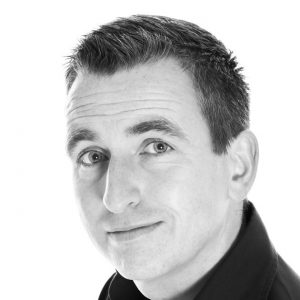 And talking of great interview formats with a twist, check out this brilliantly silly podcast where Steven Davidson interviews fellow comedians about their life and career. The twist? The questions Steven poses refer to a life that he has completely made up for his guests and they are learning about for the first time. In the latest episode, former Scottish Comedian of the Year, Mark Nelson, has to improvise his way through questions such as how it felt growing up as the youngest of Prince Rogers Nelson and Margaret Thatcher’s three children; and whether he still gets a hard time for accidentally killing Ronnie Corbett at a trampolining competition. It’s certainly surreal but also laugh-out-loud funny at times. Perfect escapism stuff, in fact.

Steve Austins is the Founder and Director of Bengo Media. Talk to us about creating a podcast to help cheer the world up a bit.